One hundred and fifty years ago this week, Fredericksburg was undergoing a painful, tumultuous transformation in its consideration of Virginia’s place (or not) in the Union.  A look through this local lens tells us a great deal about how the secession crisis played out in Virginia.  Fredericksburg, like every community in the South,  approached the issue of Union or disunion in its own way, guided by its own principles (often in common with many of their Southern brethren)–each buffeted by economic, social, and political forces most clearly displayed at the local level. Fredericksburg is a vivid case study in a nation’s and a state’s march toward secession and war. 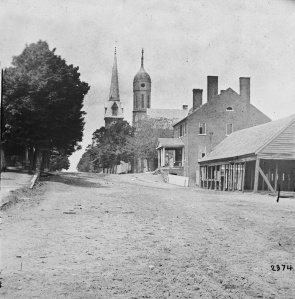 Princess Anne Street, Fredericksburg. The courthouse, with the round cupola, was the site of two of Fredericksburg's most important public meetings.

Prior to the election of 1860, the discourse here among white residents focused on the nature of the Union, the reach of the federal government, the protection (and indeed extension of) slavery, and which of the candidates offered the best prospect for addressing the community’s concerns.  Fredericksburg was in no way monolithic in 1860. About 45% of local voters cast ballots for Bell’s Constitutional Union party–which embraced a solution to the ongoing debates about slavery and the nature of government within the existing Union.  Just over 36% cast their votes for the secessionist candidate, Breckinridge.  Lincoln was not part of the discussion. His name did not even appear on the ballot here.

After Lincoln’s election, the debate here shifted. Fredericksburgers spent far less time considering the fate and nature of the Union and nation, and instead shifted their focus, and debate, to the fate of Virginia and its place within that Union. In December 1860, the white residents of town established a clear road-map for the journey forward, setting conditions they deemed necessary for Virginia to remain in the Union.  You can find our post on that here. Put simply, the debate in Fredericksburg between the election and March 1861 focused on two things.

–  Were Virginia’s interests so allied to those of the Deep South that it should join them? The debate revolved not around the virtues of slavery (which were presumed), but of the Union—and whether the Union as it was would threaten slavery and a “southern way of life” built upon a foundation of slavery.

–  What steps would the Federal government take to counter secession. Would the federal government try to coerce seceded states back into the Union with force? And, worse, would Virginia, as part of the Union, be called upon to help vanquish the wayward secessionists?  This was the great question.

Reflective of the town’s conservative approach, in February voters elected relative conservative John L. Marye of Brompton to represent Spotsylvania County at the secession convention in Richmond (click here for a post about Marye’s views on slavery and secession).

But something changed dramatically on March 4. It was not simply that Lincoln was inaugurated–everyone knew that was coming. Rather it was what he said.

Lincoln’s inaugural address was 3,625 words (most of them conciliatory).  But of those only a dozen or so of those mattered to those watching and listening in Fredericksburg.  Lincoln declared his intent to “hold, occupy, and possess the property and places belonging to the government”

Coercion, a threat of force—there it was. The very thing that Fredericksburgers had signaled as the great contingency.  His inaugural address fired the minds of secessionists anew, and even altered the thinking of more moderate men, like Marye:  “I felt that the elements upon which my hope of an adjustment had reposed, were in great degree diminished.” Lincoln’s inaugural turned out to be a decisive event in Fredericksburg’s spiral toward support of disunion. 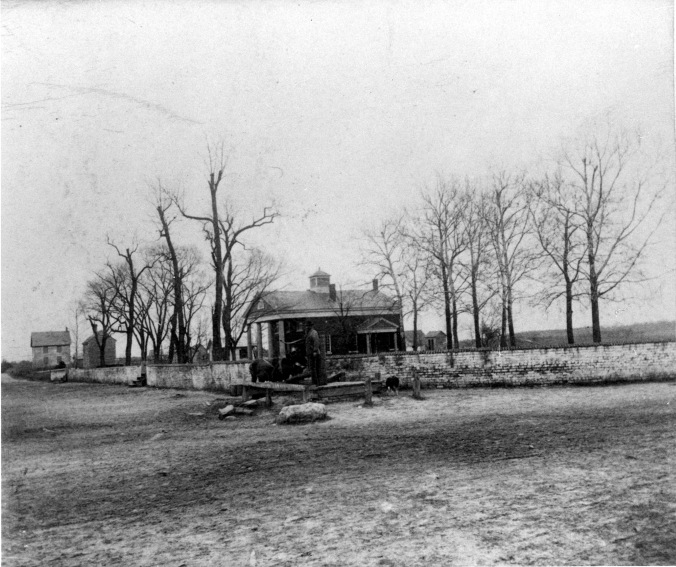 Spotsylvania Courthouse, site of the March 5, 1861 meeting that helped tip the county in favor of secession.

Voices for secession struck quickly.  Just a day after the inauguration, firebrands William S. Barton, J. Horace Lacy, and Elliott Muse Braxton (later a congressman) organized a meeting of 180 in Spotsylvania.  They passed resolutions that called for immediate secession.   “..The union of the South is the safety of the South—that the interest, honor, and sympathies of Virginia demand that she should unite with the Southern states.  No adjustment  which would not be satisfactory to the states which have withdrawn should be satisfactory to Virginia.” 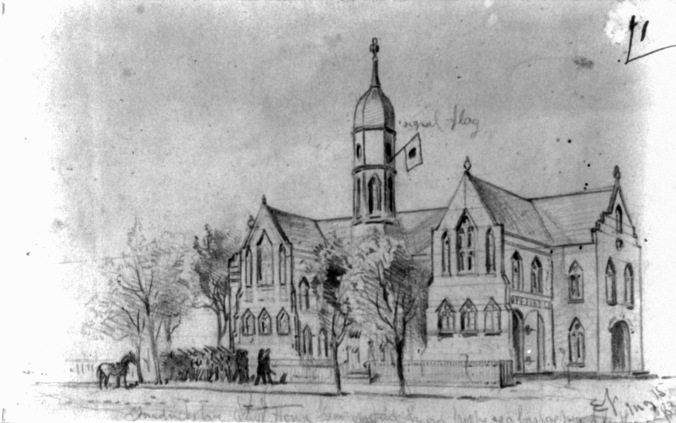 The curcuit courthouse in Fredericksburg, scene of the raucuous March 8, 1861, secessionist meeting.

Exactly 150 years ago tonight, on March 8, Barton, Lacy, and Braxton bought their secession bandwagon to Fredericksburg.  More than 350 people crammed into the courthouse—including former Unionists like John L. Marye Jr. and George Henry Clay Rowe, and the gathering quickly turned raucous.  “The American flag was hissed and thrust out the door,” reported a local newspaper.  “One man who proposed three cheers for the Union was threatened with expulsion.” 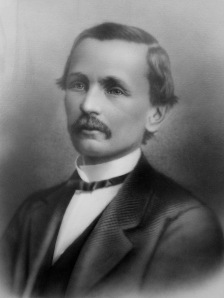 John L. Marye, Jr., son of the Spotsylvania's delegate to the secession convention. Once a moderate, he turned to secession in March 1861.

Eight lawyers (one paper was careful to note their occupation) made speeches for disunion.  The meeting went on to adopt resolutions calling for Virginia to go with the Deep South—that if the Convention in Richmond “advises an immediate withdrawal of Virginia from the Federal Union…this community will cordially approve and sustain such action.”

The vote was 349-1. An observer wrote that “one poor, thoughtless fellow in the vast assembly said no to the resolutions,—when a simultaneous shout like deafening thunder arose, ‘Put him out! put him out! put him out!’ whereupon one of the tender-hearted lawyers said, ‘No, no, no: don’t put him out; he is evidently intoxicated.'”

These, the NEW Fredericksburg Resolutions, were sent to Marye in Richmond and read by him on the floor of the convention.

But Union sentiment was not dead yet. Local Unionists, led by newspaper editor James W. Hunnicutt (one of the most colorful characters in Fredericksburg’s history), scheduled a meeting for the courthouse on Monday, March 11, 1861. As the day approached, Fredericksburg mobilized for what was likely the most tumultuous public meeting in the town’s history.  We’ll cover that in our next post, on the anniversary of the event.

2 thoughts on “Uproar in Fredericksburg 150 years later: the rise of secession and the end of Union, Part 1”