The 700 block of Sophia Street today--the site of the new Riverside Park. Shiloh Old Site is in the distance.

Every town has such a street or neighborhood—the place where all else that doesn’t seem quite to fit resides, the place where constant change is the rule, and constancy seems elusive. Fredericksburg’s Sophia Street—especially below the Chatham Bridge—is such a place.  Known for decades as Water Street, its status as Fredericksburg’s “utility room” is rooted in its nearness to the river, which every few years rises to submerge sections of the street, rendering all in its path dubious, if not ruined.  The regular ebb and flow of water—along with every town’s need for utility space—rendered Sophia/Water Street what it was: a slightly awkward, sporadic mix of open space, modest houses and (below the bridge) tenements, with a sprinkling of warehouses, outhouses, an icehouse, and even a jail thrown in.  At its southern terminus sat the town docks.

Today the 500-900 blocks of Sophia Street are undergoing a historic change, as the city seeks to reconnect to the Rappahananock River waterfront. Below Chatham Bridge over the last six seven decades, buildings have come down periodically–some to make way for more parking, and more recently for a riverside park.  Parking areas now back up to the businesses on Caroline Street, rendering the west side of Sophia slightly disarranged. The changes going on now have the feel of permanence about them, which inspires a look backward. (Bear in mind that the most recent improvements on Sophia–the construction of Riverside Park–have not claimed buildings of historic import. The lost buildings discussed below were taken down more than a half-century ago).

The former sites of buildings on the east (river) side of Sophia Street.

By far the most prominent building on mid-Sophia Street was the original Fredericksburg Baptist Church.  When the white Baptists moved to the bigger, present present site on Princess Anne Street, they sold the original church to its African-American members.  The African Baptist Church became, after emancipation, Shiloh Baptist Church, and the congregation still exists on that site.

Sitting somewhat awkwardly next to the church was the community ice house, clearly visible in wartime images.

The African Baptist Church, and next to it the ground-level roof of the community ice house, owned in 1862 by A.P. Rowe.

Below the icehouse was a mix of tenements and single-family homes, steadily demolished over the years, mostly to make way for new parking in the 20th century. These sorts of working class houses have become increasingly rare in Fredericksburg (we’ll point out a few survivors in future posts). 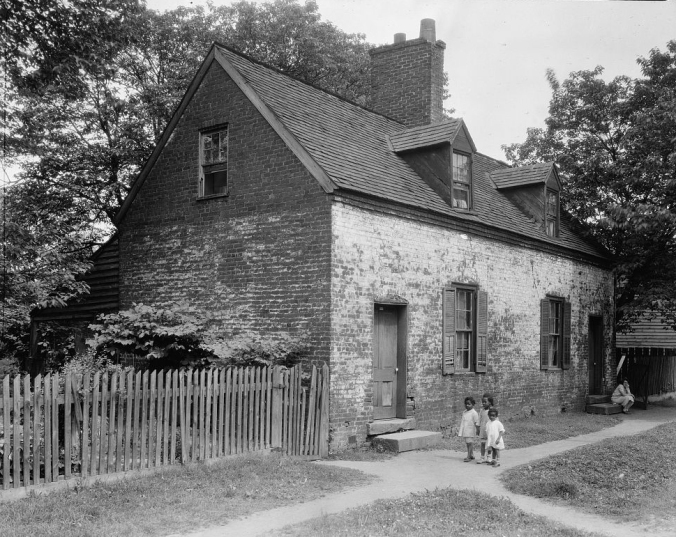 The site of 719 Sophia Street today. That's Shiloh Baptist Church (Old Site) in the background--the successor structure to the original. The community ice house stood just this side of the white bus. 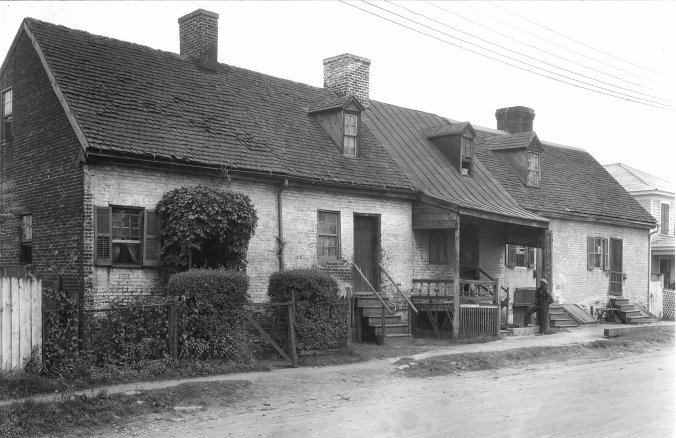 The tenements that once stood at 517-519 Sophia Street, owned by local painter Robert G. Layton. These buildings stood in what is today the parking lot for Brock's Grill.

The A.P. Rowe house was perhaps the most prominent of the buildings on the mid-section of Sophia Street. It stood well into the 20th century. 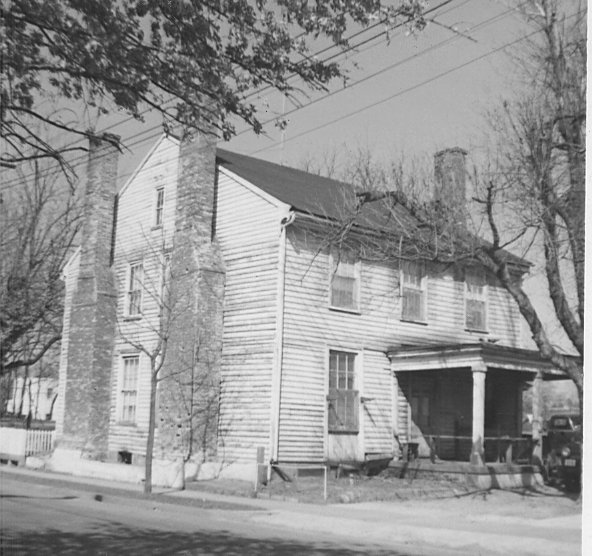 The wartime home of Absalom Rowe, cattleman and future mayor, in the 600 block of Sophia.

Along the length of Sophia Street are just nine buildings that pre-date the Civil War.  The Eubank house, below, is perhaps the most interesting of them. The wartime home of Eliza Eubank might well be the oldest building in Fredericksburg, dating to about 1750. It’s clearly seen in this panoramic view, and today possesses what is perhaps the worst aluminum siding anywhere in Fredericksburg. But, the good news is that it’s slated for extensive restoration and recently has been the subject of intense investigation by Kerri Barile at Dovetail Cultural Resources Group.

The Eliza Eubank house today, with its distinctive siding--soon to be undone.

Above the church two buildings survive: the “Silversmith House” on the east side, and the Wells house on the west side. The Silversmith House very nearly succumbed to the 1950s mania for parking, but it turned out to be one of Historic Fredericksburg Foundation’s first preservation victories.  Not so lucky were  several buildings that stood in what is today the main Sophia Street parking lot, at the foot of George Street.  Among these was the Mills house–home to Retta Mills Merchant, who would marry Rufus Merchant, perhaps Fredericksburg’s most important newspaperman. A picture of the house was published the regimental history of a Union unit; the author recorded on the picture where a shell went through the wall of the house, nearly killing the Pennsylvanians inside. That’s Retta Mills Merchant on the front step.

The Mills house, which stood on Sophia near the terminus of George--in what is today the main parking lot on Sophia Street, almost directly across the street from the intact Wells house.

Above Chatham Bridge, where flooding was no problem, Sophia Street has had a more settled existence. The river side of the street was historically dotted with a few small industries and homes. The town side has for two centuries been a solid residential neighborhood, albeit a modest one.  This section of Sophia Street was badly damaged during the Union bombardment of December 11, 1862.  Only a single pre-war building survives today.  (For a thorough analysis of this part of town in the aftermath of battle, see this post over at Mysteries and Conundrums.)

8 thoughts on “Sophia Street–historic change and a look back”