I have done some speaking on the Civil War Round Table circuit lately. The public reaction to all these things has gotten me thinking, and I offer up a few observations.

A couple years ago I made a short circuit through the Deep South, speaking at two Civil War Round Tables. They treated me exceedingly well, and I enjoyed myself. But (you knew that was coming) the experience made an impression on me for other reasons.  Back in the 1980s and early 1990s, conferences and invitations to speak at Civil War Roundtables were rampant. I think one year, before Return to Bull Run came out, I received something like 180 invitations to speak at various places.  And wherever I or one of the others who commonly rode the cannonball circuit went, the audiences were large and sometimes (though not always) enthusiastic . (At one appearance I made before the Northern New Jersey CWRT, 31 of 33 people in the room fell asleep during my talk, a record I surely can never approach again. I still give thanks to the two priests in the front row who managed to stay conscious throughout.) 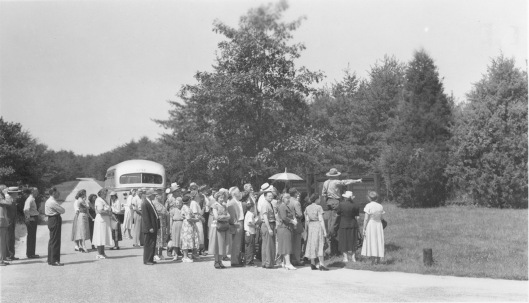 My latest foray into the deep south took me to two large Southern cities, both with long and deep traditions at it relates to Civil War Round Tables. At one, we had 31 people in the room when I spoke. At the other, 38.  Sixty-nine people from metropolitain areas with combined populations approaching 3,000,000.  Average age;  probably well over 60.  One kid, and few young people. Last month I spoke at another CWRT in a LARGE city. Twenty-five people.

We have long been aware of the flagging interest in CWRTs, but I confess this was a bit of a splash to me (I was told the audience for my talks were typical). Friends and colleagues confirm similar experiences across the country. While some CWRT’s continue to thrive, Clearly, the Civil War Round Table as we have known it–once the foundation for interest in and advocacy for Civil War history–is stumbling, suffering from lack of interest.  Is it because interest in the Civil War is flagging across the board?  At some sites (including ours hereabouts) attendance has dropped 30-40% since 1995 or so, though in recent years the numbers have stabilized, and indeed the last couple have risen.  Or is the Civil War Round Table format just not the medium people use to engage their interest in the war?  Or, as some have suggested to me, has the move to broaden interpretation of the Civil War–to address more than the traditional military story–turned off the traditionalists, the very people who are often most engaged with CWRTs?

These are questions honestly asked.

25 thoughts on “What’s up with Civil War Roundtables?”